Skip to content
In the case of severe losses in the titanium dioxide industry in 2015, the negative profit growth caused the closure of nearly 400,000 tons of production capacity. Since 2016, the market for titanium dioxide has risen steadily, and the market has been steadily improving. The V-shaped reversal shows that the titanium dioxide economy has gradually entered the upward space. According to the statistics of the Titanium Dioxide Association, the total titanium dioxide output in the country in 2016 was 259.912 million tons and the total sales volume was 2.4785 million tons. The market supply was tight and it was the inventory of the manufacturer. Due to the low prices, the soaring market prices have caused the company's profits to resume its growth. Objectively, it is because: 1. The quality of Chinese-produced titanium dioxide increases, and the recognition of Chinese titanium dioxide in the international market increases year by year. In 2016, the export volume reached 720470.09. Tons, a year-on-year increase of 33.82 hit a record high; 2, the national environmental protection efforts increase, for some companies with weak environmental protection measures, only choose to stop production and reduce production to yield market share; 3, domestic and foreign titanium dioxide reorganization and reduce the production rate to match the market, pull The growth of profits; 4. Under the influence of negative profit growth and the industryâ€™s rebound after the â€œbottomâ€ of serious losses, the industry made joint efforts through multiple measures to gradually narrow the decline in profits and realize the fourth quarter of 2016. The accumulative profit growth accelerated from negative to positive, extending this trend to 2017. After entering 2017, the significant price increase of titanium ore has forced the price of titanium dioxide to continue to rise. At a time when the price/performance ratio has not yet reached a level comparable to that of the international level, the current titanium dioxide company may not be willing to catch up with international prices, but the costs will not increase. Or continue to increase prices to maintain profitability.

In order to maintain a healthy and lasting development of profitability, titanium dioxide companies must persist in deepening reforms, improve product quality and product differentiation, continue to expand the market, aim at opening up the market in the international market, and get rid of the price war in the â€œwowâ€ market. We must adjust the market operation according to the companyâ€™s own situation. It is not sensible to follow up or fall, and it is contrary to the laws of the market.

At present, there are still many unstable factors in the global economic operation. The titanium dioxide industry cannot be left alone. On the macro level, the world economy is still undergoing a difficult recovery, international protectionism has intensified, and geopolitical risks have increased. On the domestic front, the economy is still in the â€œthree-phase superpositionâ€ phase, and downward pressure remains. The titanium dioxide industryâ€™s low-end overcapacity contradictions are still prominent. In terms of the enterprise itself, solving the structural contradictions accumulated by rapid development still requires great efforts. There are still some reform problems that need to be solved, and the task of supply side reform is arduous and arduous.

Faced with the ever-changing situation at home and abroad, the titanium dioxide industry can only promote the supply-side structural reform as its main line. The company focuses on improving quality and efficiency and core competitiveness, continuously strengthens innovation-driven efforts, and strengthens risk management and control in order to be on the new platform. Realize a reasonable profit for the company. 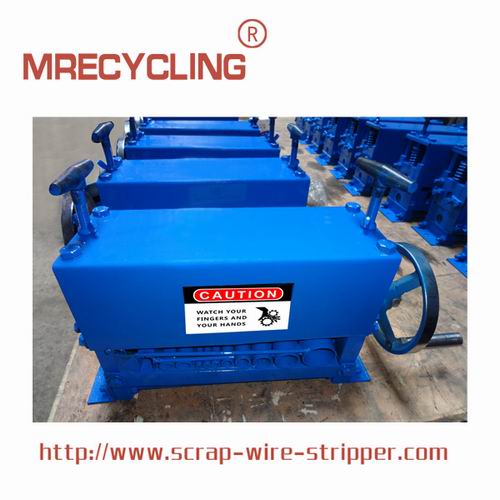 
Now you can remove the plastic coating from your electrical cable wire with very little effort.


Whether it's single or multiple plastic coated electrical cable wire,


the wire stripper can do it safely, economically, and easier than ever before.


Stripping insulation from scrap copper wire and selling it


to a metal recycler is a great way to make some extra money,maximum recycling value. 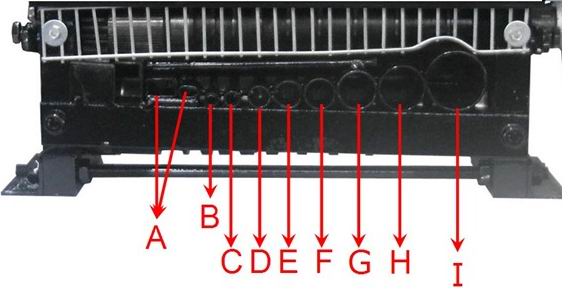