Skip to content
The campus broadcasting system is one of the indispensable infrastructures of every school. Despite the rapid development of video technology and network technology in recent years, the campus intelligent broadcasting system is still used by various schools for its practicality, economy and convenience. Applied. The various types of schools in China basically adopt the intelligent public campus broadcasting system, which is mainly used in various campus public places, such as holding the whole school activities, notifications, raising the national flag, inter-class exercises, broadcasting inter-class music, and praise for advanced. Hold a school conference, etc.
The summary has the following main features:
The automatic broadcast system is not an independent broadcast system. It can be placed at the front end of any broadcast system to realize automatic broadcast of broadcast systems, such as music ringtones, radio exercises, broadcast etiquette music, health care music, and after class. Background music;
Broadcasting the bells of the class, the school gathering, the broadcasting exercises, the sound reinforcement of the eye exercises;
Publish various meeting notifications and pages to provide background music.
Provide sound reinforcement for school sports and playground activities, and large classrooms (step classrooms);
Provide amateur broadcast platforms such as campus radio stations and broadcast news;
Communicate the policies and instructions of the superiors to the teachers and students, and broadcast the speech of the principal;
Broadcast teaching voice files, pre-class greetings (blessings) voice files, after school å˜±å’ voice files;
If necessary, forcibly issue a disaster accident warning and direct on-site ambulance and evacuation.
Today, public broadcasts broadcast background music, publicity, paging broadcasts, and emergency broadcasts of fire incidents. This is a very versatile broadcast system.
In the past, the emergency broadcast system was combined with the fire alarm system as a stand-alone system, but it was later discovered that because the emergency broadcast system did not have to make its reliability problem for a long time, it became a dumb when it was officially used, so the fire alarm system and the background are now The music system is integrated to form a highly versatile public address system.
When a fire alarm occurs in the building, in order to prevent confusion, it is only broadcast to the fire and its adjacent areas, commanding evacuation and organizing for help. This selection function should have both automatic selection and manual selection to ensure reliable execution of instructions.
Campus public broadcasting has become the patron saint of campus security in recent years. By installing a public broadcast on campus, it can fundamentally reduce the occurrence of such vicious incidents like stamping. I look forward to more school leaders, armed with advanced public broadcasting equipment, and a quiet and safe place to study.

Sand Base Aac Manufacturing Plant, which is a AAC block production process with sand as the main material, a complete process mainly includes crusher, ball mills, bucket elevator, mixing center, pouring machine, autoclave, crane, cutting machine boiler , dust collectors and so on, the dimension of the block is adjustable. The crusher is used to crush the lime into small gravel for further grinding purpose, one Ball Mill is to grind the sand into powder and the other one is to grind lime. After batching and thoroughly mixing, the slurry is poured into a mound, where the green cake will go through several different processes such as pre-curing, cutting and curing in the autoclave. Then the finished AAC block is produced and can be delivered to the market. 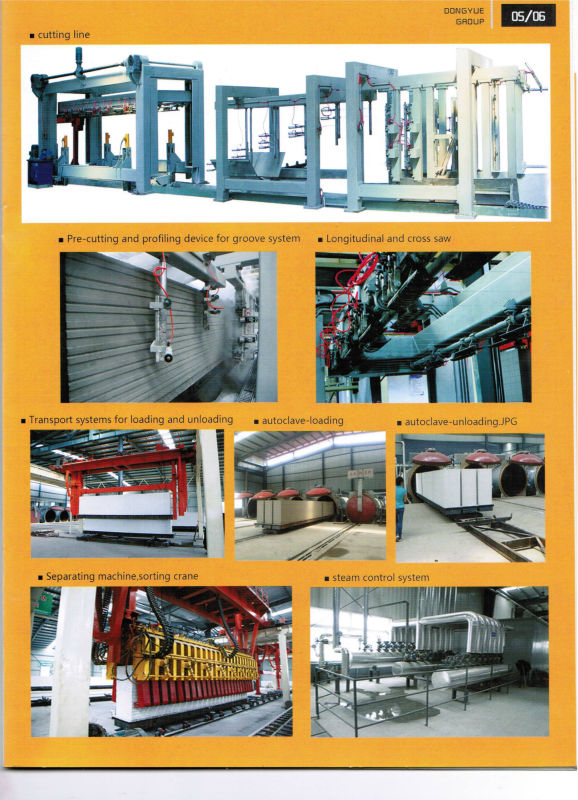