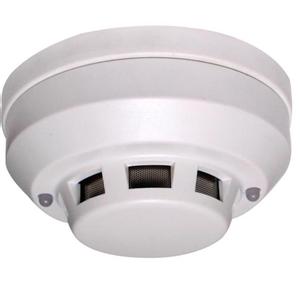 At present, it is mainly to observe the video surveillance image manually. Some illegal accidents have to be replayed from the monitoring in order to obtain evidence, which is troublesome. Recently, a digital image automatic recognition and processing system for highways, plazas and other violations passed the acceptance test and was applied to Chongqing's major expressway sections. Without manual monitoring, you can automatically pop up and save when you encounter a violation screen, so you can find it at any time.

For example, the front camera photographed a group of illegally parked vehicles on the highway. According to the past, it must be monitored at the backstage of this time, and just to see this scene, in order to be aware of this situation in a timely manner, otherwise it can only be understood afterwards. However, this new system does not require manual monitoring in the background. As long as the camera captures the screen of illegal or faulty vehicles, the intelligent analysis and processing system in the background can automatically identify and form image pop-ups and automatically save them. At the same time, an early warning signal was sent to the relevant departments to handle the incident.

At present, this scientific and technological achievement has been applied to a number of typical sections of the Chongqing Expressway, which enables automatic screening and filtering of surveillance images, increasing the coverage of operational security incident detection from the original 10% to more than 90%, and covering incidents within the scope of events. The detection rate is over 80%, and the monitoring range deviation detection rate has reached over 85%, which ensures the reliability of the monitoring system and will play an increasingly important role in ensuring the safe operation of the city's traffic.

How to Dissipate heat the host machine of large computer room? 1. The use of fans for heat dissipation is not very effective because of its small action level and high external temperature. 2. Install an air conditioner, such as the machine room area is not very large, just install a home air conditioner on the market. If the space area is large, install central air conditioning. 3. But these methods are out of date. Now we use the way of installing heat dissipation equipment to the machine, immersing in fluorinated solvents of coolant, liquid-gas-liquid, which can be recycled and cost-saving. If you happen to have this demand, please contact us.