Skip to content
Recently, the first K10 energy-saving and fuel-consumption fuel competition of United Motors Co., Ltd. was concluded in Qingdao, Shandong. A total of 39 effective vehicles participated in the competition, all using the joint-powered K10 engine. The contestants included elite drivers of a number of logistics companies. From October 27 to November 10, 2017, after fierce competition for more than half a month, six players finally won the championship and became the champions of this competition. 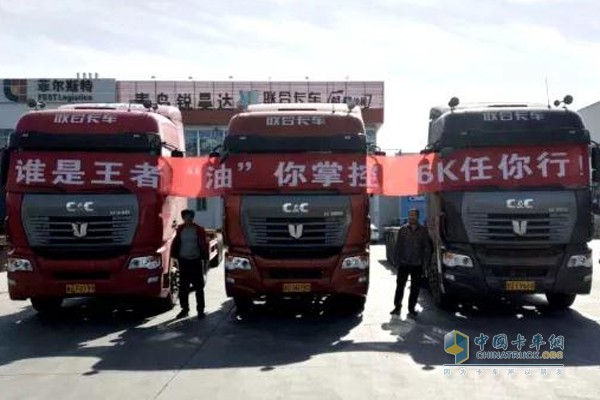 The joint truck dealer Qingdao Ruiqi Automobile & Trade Co., Ltd. and the majority of the joint truck K10 customers attach great importance to this competition and are highly motivated to participate.

The competition lasted for 15 days. It was not only a competition of technical strength but also a test of product quality. Under the same load conditions, the driver is encouraged to optimize driving habits while driving, and the fuel consumption of 100 kilometers is reduced as much as possible. This shows that the joint power engine has enough power, low fuel consumption, advanced technology, and economical and environmental protection.

The competition demonstrated the good spirits and superb skills of the drivers, and it also reflected the great importance attached to energy conservation and emission reduction by United Power. The contest received strong support from the majority of users, and the contestants actively cooperated. The results of the contest have won the unanimous approval of the majority of users.

UMC will hold an awards ceremony in late November to announce the final award results. It will award certificates, bonuses and maintenance packages to every winning driver and vehicle. Stay tuned!